Editor's Note: This article was written by Gogs Gagnon in memory of his sister, Joanne. Gogs is living with prostate cancer and is a writer on our sister community, ProstateCancer.net.

My sister, Joanne, passed away from ovarian cancer at the age of 56. She was my best friend, and I miss her deeply. Ever since I can remember, Joanne was always there for me. One of my favorite memories is when she chased a neighborhood kid up a tree. Joanne wouldn’t let him down until he apologized for pushing me into a ditch. While shaking her fist, she yelled, “You better apologize to my little brother, or I’ll get you!” After his apology, my sister told him to run home fast before she changed her mind. That was the moment when Joanne became my hero.

I’m grateful for our time together and the many wonderful memories that I cherish. Whenever I’m feeling down, thinking of her always makes me feel better.

The moments leading up to Joanne's diagnosis

About a year before her diagnosis, I noticed that she seemed to be gaining weight, especially in the midsection. Since we were very close, I had no issue pointing it out. She just laughed it off and blamed it on her baking. Joanne loved to bake all kinds of desserts, and I enjoyed them all. From Nanaimo bars, cheesecakes, to cakes and something she named “cookie-stuff.” Therefore, I didn’t question her apparent weight gain too much.

More on this topic 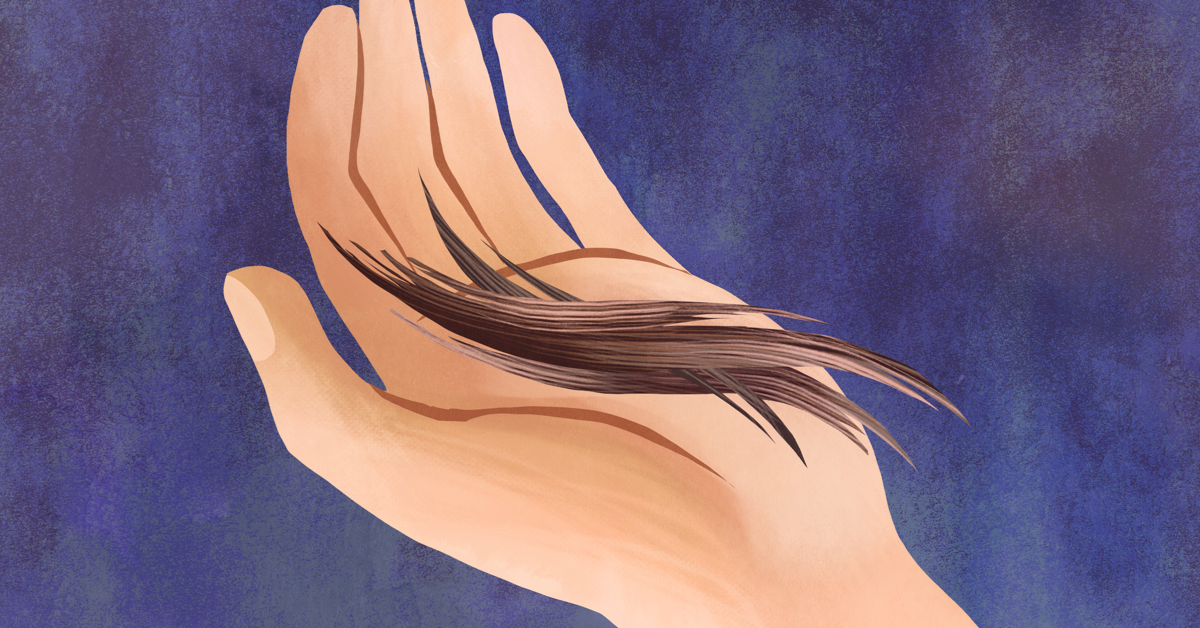 Why Losing Hair Means So Much

Over time, her abdomen continued to grow, she lost her appetite, and she frequently used the washroom. However, it wasn’t easy to convince her to see a doctor. Joanne was the type of person who put the needs of others first to a fault. She didn’t want to take the doctor’s time away from treating others. But she finally agreed.

However, it was too late. Joanne was diagnosed with stage 4 ovarian cancer. It had already spread from her ovaries to surrounding pelvic organs and outside the abdomen to several other organs.

Sharing many laughs and cries together

Over the next year, Joanne had multiple surgeries and several rounds of chemotherapy. However, all the treatments failed and took a significant toll on her body, both physically and mentally. She ended up in hospice. To help lift her spirits, I would visit daily and retell stories of the past. We shared many laughs and cries during her time in hospice.

As time went by, her condition continued to worsen to a point when I knew she was close to the end. That’s when I decided to confess a secret that I held onto for over thirty years. I’m not sure why I didn’t tell her sooner, but if there was ever a moment to come clean, this was it. I sat down beside her and held her hand. Her arms and legs twitched involuntarily. I looked into her eyes and said that I had a confession about the missing wedding cake of 1976.

Recalling the missing wedding cake of 1976

Joanne had two cakes made for her wedding. Both were vanilla with royal white icing covered with red roses. The main cake was a classic three-tier used for the traditional cake-cutting ceremony. And the other was dome-shaped and was intended to allow guests to have an extra serving. I was in charge of delivering the cakes to the wedding. However, I decided to keep the dome-shaped cake for myself. Over the years, Joanne never knew what happened to the cake, and I didn’t confess until now.

The look on her face was priceless. At first, she grinned, and I could see her recalling the memories. Then she laughed out loud and was so happy that I was the one that got to enjoy the cake. At that moment, I kissed her on the forehead and told her that I loved her very much. She passed away a few hours later while I was still holding her hand.

Early detection is our best hope

To this day, I can’t help but think that if I had convinced her to see a doctor sooner, she would still be with me. Please don’t avoid or be embarrassed to see a doctor about any health issues or concerns. No one wants to face a cancer diagnosis. Until treatments are improved to save all lives, the best hope is early detection.

This article represents the opinions, thoughts, and experiences of the author; none of this content has been paid for by any advertiser. The AdvancedOvarianCancer.net team does not recommend or endorse any products or treatments discussed herein. Learn more about how we maintain editorial integrity here.

How many of these self-care items do you want to try this month?