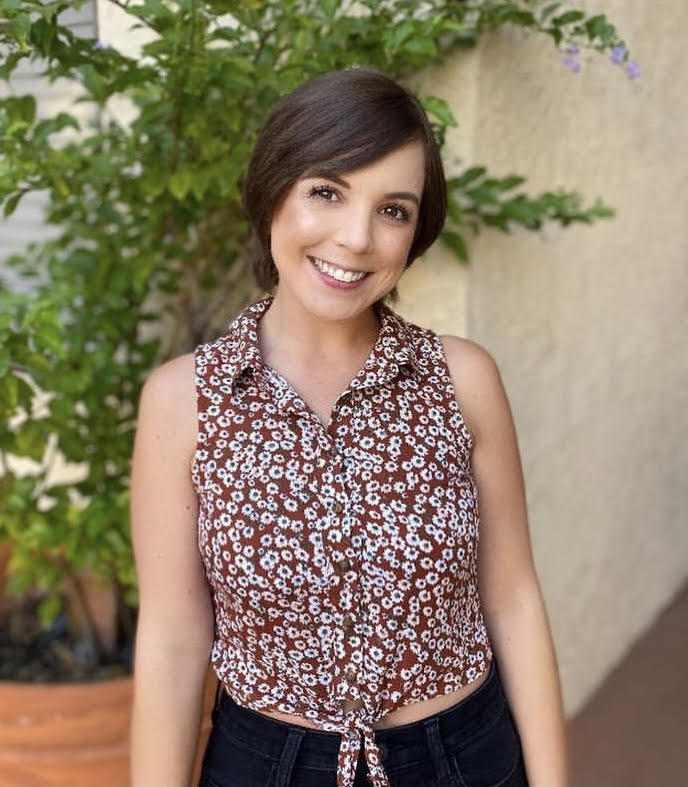 Alisa is a 32-year-old, Los Angeles native, who loves hiking, traveling, live music, and being a dog mom to her Chihuahua-Terrier rescue pup. She is also a proud graduate of the University of California, San Diego (B.A.) and Loyola Marymount University (M.A.), where she received both degrees in English with an emphasis in Creative Writing.

Alisa was diagnosed with stage 3C low-grade serous ovarian cancer in April 2019 at the age of 29. She had been experiencing a number of vague symptoms like persistent bloating and indigestion, but brushed it off for months, assuming it was likely gastrointestinal-related. Thankfully during her annual gynecological visit, her doctor noticed that her uterus felt enlarged while conducting the pelvic exam. Alisa then received labwork followed by a transvaginal ultrasound, which later detected a 9cm mass growing on the left ovary/fallopian tube. However, all lab results appeared within the normal range, so her medical team was optimistic the mass was benign.

Given the size of the tumor and the increasing severity of symptoms with each passing day, Alisa made the quick decision to proceed with in-patient surgery to remove the mass along with her right ovary and fallopian tube. Unfortunately, she awoke from surgery and received the incredibly difficult news that the tumor was indeed cancerous. Six weeks later, she underwent a second debulking surgery, which included a total hysterectomy and colon resection. Another six weeks passed, and she began six rounds of chemotherapy over the course of 18 weeks.

On her last day of chemo, she was declared NED (No Evidence of Disease), which a follow-up CT scan further confirmed one month later. Upon learning that her cancer is hormone-responsive, she began taking a daily aromatase inhibitor to inhibit her body’s estrogen production, which she will continue to take indefinitely.

As a result of how she discovered her cancer, Alisa is a major proponent for yearly women’s wellness exams and stresses the importance of pelvic exams in addition to pap smears. Currently two years cancer-free, she is eager for any opportunity to share her story and not only spread awareness but also inspire hope for others going through a similar experience.

Click here to see all of Alisa's articles on AdvancedOvarianCancer.net.